Declaration of Solidarity: Journalists under attack for their investigative work on global plastic waste trade 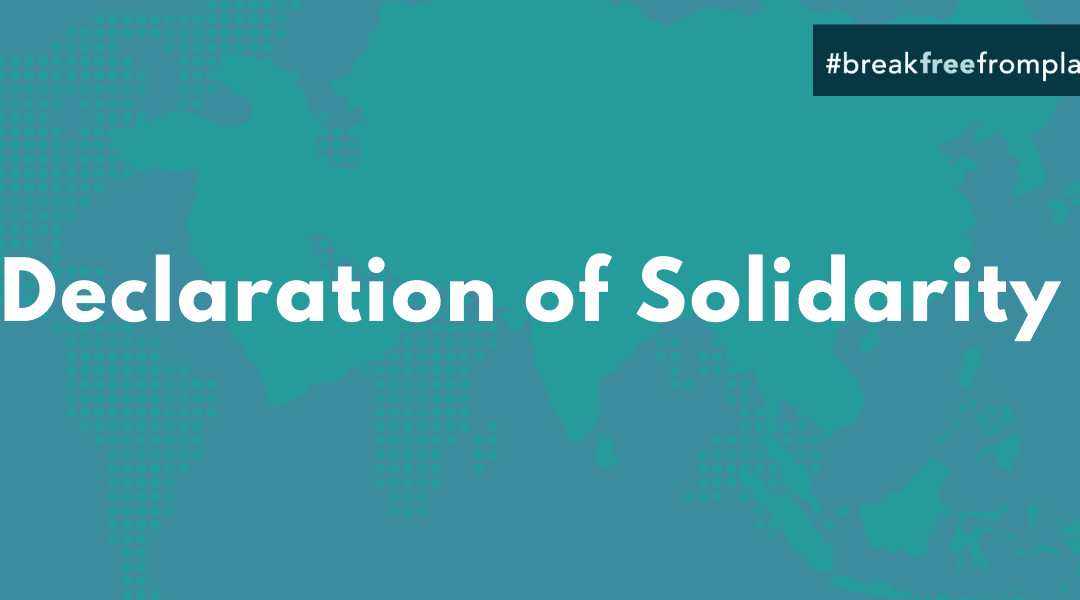 On July 27, 2022, independent freelance journalists Vedat Örüç and Elif Kurttaş, were attacked while visiting an industrial area with dozens of recycling facilities in Adana, Türkiye. According to a post on Twitter by Vedat Örüç, the journalists entered a plastic recycling facility with permission from a facility’s employee. They were working on a story, interviewing companies importing waste for a Gezegen24 news piece. Turkey is one of the largest importers of plastic waste from the European Union.

The journalists were physically assaulted and threatened to be killed, and their media equipment was confiscated. Örüç and Kurttaş have filed criminal charges against the owners of the facility. According to the journalists’ statements, there were many asylum seekers and immigrants working at the site who appeared to be illegally employed. The journalists alleged that illegal labor exploitations in these facilities may be the motivation behind the attack.

This is not the first time journalists or activists investigating the global plastic waste trade have been attacked or threatened.

In Indonesia, journalists hesitated to investigate waste trade cases due to the potential risk of cancellation of their media permits. Some journalists were reportedly told not to continue their investigations when they found a connection between the plastic waste trade and a senior Indonesian minister and political leader. When the BBC film crew and Nexus3 team covered the story in Bangun village, two persons asked them to stop filming. A similar incident occurred in Tangerang when the PBS Frontline crew was filming illegal dumping sites.

In Malaysia, journalists and activists investigating pollution caused by imported waste have been followed, intimidated, or verbally threatened. One activist had paint splashed on her home by gang members. In another incident, a factory owner was beaten up after he filmed illegal recycling taking place after a facility was raided and sealed by the local authorities.

In addition to attacks on people investigating the global plastic waste trade at sites for imported plastic waste recycling, causing environmental and human harms, the transnational shipment of waste is also linked with illegal activities. Since 2018, INTERPOL has documented a rise in illegal activities associated with the global waste trade. The Global Initiative Against Transnational Organized Crime (GITOC) also reported that shipping plastic waste to countries including Turkey and Indonesia has strong links with organized crime, including illicit trafficking of waste, money laundering, and financial crime.

Freedom of speech and press is critical for understanding the impacts of the global plastic waste trade on people and the environment. Physically attacking and detaining journalists is a clear violation of freedom of the press and freedom of speech.

We, the institutions and organizations named below, stand by the journalists and activists who are investigating the global plastic waste trade, including Vedat Örüç and Elif Kurttaş.

We condemn this attack on freedom of speech and call on the local authorities to investigate this incident fully and transparently.

We demand that both importing and exporting countries acknowledge their complicity in criminal waste trade networks and enact policies to phase down the export of plastic waste, as well as enhance protections for environmental defenders.

The UN General Assembly has adopted a resolution declaring that access to a clean, healthy and sustainable environment is a universal human right, and all States have a duty to scale up commitments to protect the environment based on legal human rights obligations.